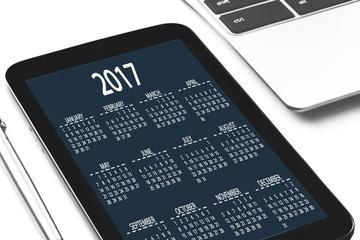 Barb Goffman has been a finalist for national short-story crime awards 36 times, including 16 Agatha Award nominations (a category record), and multiple nominations for the Anthony, Macavity, and Derringer awards. She’s gone on to win the Agatha, Macavity, and Silver Falchion awards. Her story “Dear Emily Etiquette” won the 2020 Ellery Queen’s Mystery Magazine Readers Award, and her collection, Don’t Get Mad, Get Even, won the Silver Falchion for the best short-story collection of 2013.  She works as a freelance editor, focusing on cozy and traditional mysteries. Learn more at www.barbgoffman.com.

Barb Goffman is a short story author who has won the Agatha Award twice and the Macavity and Silver Falchion awards once. Additionally, in 2020 she won the Readers Award given out by Ellery Queen’s Mystery Magazine. Her award-winning stories are “The Lord is My Shamus” (Macavity Award), “A Year Without Santa Claus” (Agatha Award), and “Dear Emily Etiquette” (Agatha Award and EQMM Readers Award). Her sole published collection, Don’t Get Mad, Get Even, won the Silver Falchion Award for Best Collection of 2013.

Barb has been nominated for major crime-writing short story awards 36 times, including 16 Agatha Award nominations (a category record). She’s been nominated for the Anthony Award 7 times, the Derringer Award 4 times, and the Macavity Award 8 times, all for her short stories. EQMM Editor Janet Hutchings called one of those stories, "Bug Appétit," "one of the best holiday stories I ever read." In addition to EQMM, Barb's stories have appeared in Alfred Hitchcock’s Mystery Magazine, Black Cat Mystery Magazine, Black Cat Weekly, Sherlock Holmes Mystery Magazine, and many anthologies.

When not writing, Barb makes her living as independent (freelance) editor who focuses on traditional and cozy mysteries, providing developmental, line, and copy editing services. One of the books she edited took home the Agatha Award for Best First Novel. Short stories she edited have won the Ellery Queen Readers Award and the Derringer Award. Another novel Barb edited was nominated for the Agatha Award for Best Contemporary Novel. She also is an associate editor of Black Cat Weekly magazine, collecting and editing a line of stories (mostly reprints) called Barb Goffman Presents. Since 2009 she has co-edited the Chesapeake Crimes anthology series, every book of which has had at least one story that won or was nominated for a major award. She edited the 2016 Malice Domestic anthology, Murder Most Conventional. In 2020 the anthology Crime Travel, which she organized and edited, was nominated for the Anthony Award, and stories in the book were nominated for the Agatha, Anthony, Derringer, Macavity, and Shamus awards. Most recently, she edited the 2022 anthology Malice in Dallas, published by the North Dallas Chapter of Sisters in Crime.

Barb blogs every third Tuesday at www.SleuthSayers.org, often about writing. She lives with her dog in Winchester, Virginia. Learn more at www.barbgoffman.com.